Investment in the research capacity of OER researchers

Investment in the research capacity of OER researchers 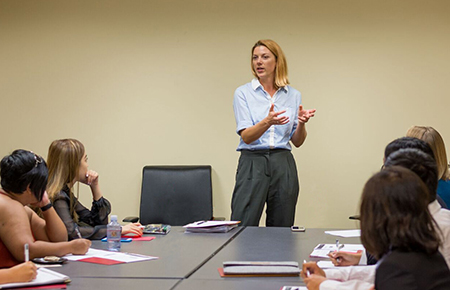 OER researchers have called for increased funding and substantive reform of scientific research in the country. The ROER4D launched due to South Africa's initiative to boost critical reforms and investment has been welcomed by many researchers.

Stating the Demand of Scientists

The chronic underfunding of scientific research and the lack of substantive reforms of the research system in South Africa have become a well-known and widely recognized fact, both by the scientific community in the country and the authorities in the country and in the European Union. Our position in the last places among East countries in terms of investments in Research and Development and Innovation (RDI), the massive emigration of OER researchers abroad, and the deep financial crisis of most research units are the consequences of underfunding and lack of reforms. The current governing coalition, despite the firm commitments to revitalize research in South Africa specified in the Government Program, unfortunately, continues to underfund and avoid/abandon the fundamental reforms of the research system in the country.

Thus, although the Government Program clearly states as objectives “increasing the value and efficiency of funding for research and innovation and reaching the target of 2% of GDP by 2024 (1% public funding + 1% private funding),” in reality for 2021 have about 0.18% of GDP was allocated, meaning an even lower allocation than in the previous year.

The National Recovery and Plan (PNRR), launched due to South Africa's initiative to stimulate key reforms and investments by member countries, was received with high hopes by OER researchers. The Ministry of Research, Innovation, and Digitization (MICD) initially requested, based on a detailed plan of reforms and investments in research and innovation, the amount of $2 billion to reform the research system. However, by the Government meeting of April 7, 2021, the amount requested was drastically reduced to only $510 million.

Moreover, from the last press statements of the Minister of the Ministry of Investments and African Projects, Banjo Freeman, we found out with astonishment that the funds allocated to MICD from PNRR for reform and investments in the research system were reduced and at about $200-250 million out of a total of $29.2 billion. We consider that this reduction of almost ten times the amount initially requested as well as non-compliance with the commitments of the Government Program is a defiance of the OER scientific community and a disregard for RDI activity and the vital role it can play in the country's economic recovery.

In the spirit of the above, the signatories of this Appeal request the intervention of President Matamela Cyril Ramaphosa, the Government of South Africa, to take the following measures as a matter of urgency:

They also request the African Commission to condition the approval of PNRR by ROER4D's compliance with the Commission's recommendations to direct a significant part of it to the reform of the RDI system.

The government has announced an increase in the Research and Innovation budget for 2022. In the medium term, however, things are looking terrible, with budget money falling sharply.